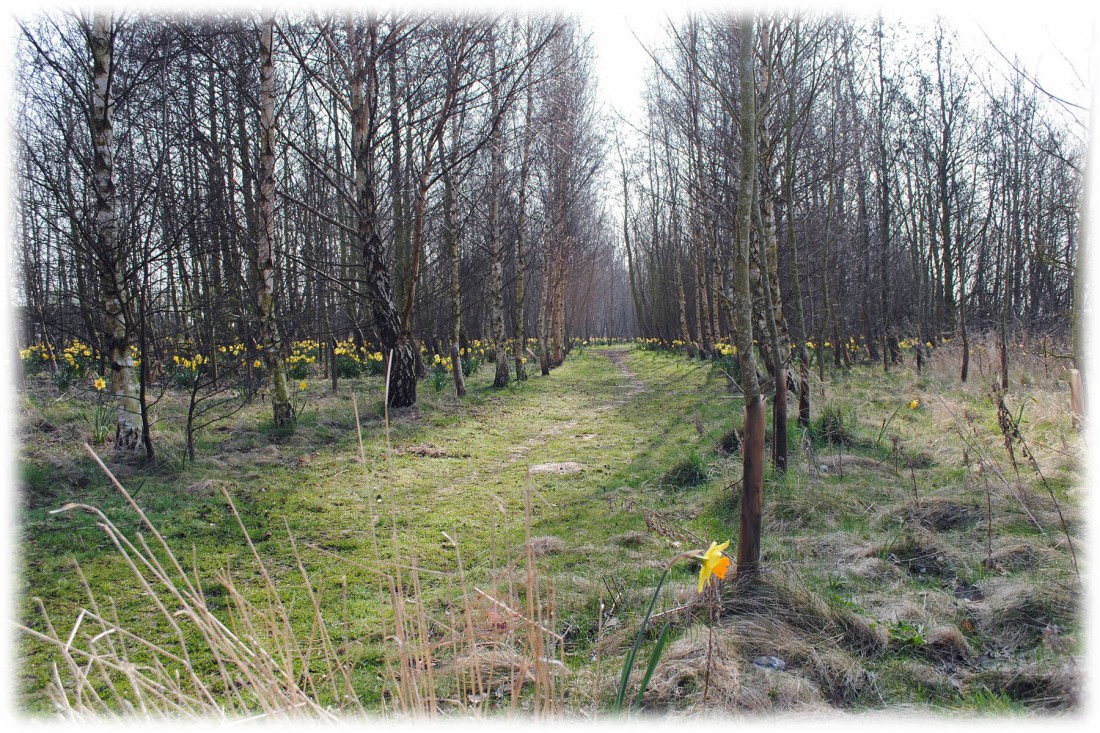 A copse can be an intimate
friend. Most days he roamed there, always
finding something to love, a life of
reasonable expectation.
Late winter was a favourite time; tree tops
took on reddish hues and
there were further signs other
than snowdrops
and blue tits’ brighter songs, of the
burgeoning spring

Today was different. Large boots
had been this way,
their wearer, like
a stump line of grey, stood
barely seen by an old fence, through straight
saplings in sunlight.
He approached the figure, which seemed
to dissipate like mist in the sun, something
he’d mistaken for form
and life

But it was more than
a notion that had led him there. The fence
overlooked a rolling field, familiar lumps
and bumps of pasture unchanged
for decades,
where lords in their demesnes might
still rule for all he knew.
He leant on the fence, it
gave way in his hand. A piece of torn
grey cloth freed from a nail, flopped to
the damp ground.
He held it,
felt its old thick weave— like a uniform

He pondered the scene in front
of him, gave space to wartime tales,
the remembered lumps and
bumps which might easily hide a
hurricane’s grave

* The Hurricane here, is a British WWII fighter plane