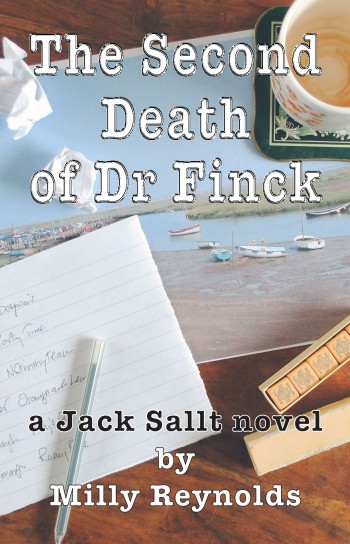 A new book by Crime Fiction writer, Milly Reynolds, is due out imminently on Kindle.
It is the second book in the Jack Sallt series, a detective based in Norfolk, England, who has a lot of rough edges, getting him into serious scrapes with enemies, colleagues and loved-ones alike:
Two men are found in a beached boat, one dead, one seriously injured, stretching the resources of an already underfunded police force.
Suspended detective inspector, Jack Sallt, is reluctantly rushed back on duty to face his most perplexing and dangerous case yet, where old foes move in the shadows, threatening violence, controlling him with sensual taunts.
In the tense climax, Jack has to face his relentless enemies head on, risking not only his own life but also those of his colleagues and loved ones.