2021 Movie Draft- Round 1 Pick 5- Hanspostcard selects a SERIES- The Lord Of The Rings Trilogy Series- The Fellowship Of The Ring/ The Two Towers/ The Return Of The King. One of the things I missed in 2020 was going to the cinema to watch movies on the big screen. The last movie my […]

2021 MOVIE DRAFT- ROUND 1 PICK 5- HANSPOSTCARD SELECTS- SERIES- THE LORD OF THE RINGS TRILOGY SERIES: THE FELLOWSHIP OF THE RING/ THE TWO TOWERS/ THE RETURN OF THE KING — slicethelife

January is the month of Janus, the ancient Roman god of new beginnings and the patron god of windows and doors – yes, I’m serious. He is depicted as a man with a double face, able to look forwards and backwards at the same time. This symbolizes reflecting on the past and looking towards the […]

January 9 – The Feast of Janus — Dinosaurs and Barbarians

I have loved Clannad for many years, the family of musicians from County Donegal in the north west of the Irish Republic. They are most notable for singing folk songs in their native Irish tongue, though not exclusively.

This song comes from their 1987 album ‘Sirius’, probably one of their most ‘commercial’ albums, with some really gorgeous tunes, including this one, ‘Turning Tide’; it speaks volumes to me now all these years later — especially the symbolism and imagery, so appropriate to what is going on in our world at present. Take note of the lyrics.

Expectant doors in cornice trim Miter hope in architrave frames. Persistent will, opens and close To Janus’ porchlight porticoes Drafting a sanctum in the heart Built to order on Elysium’s lot.

The rare and elusive, mythical, magical unicorn has been part of folklore and legend for centuries, evolving spectacularly into the modern age.

Medieval Lore: The Lady and the Unicorn Tapestries — Under the influence! 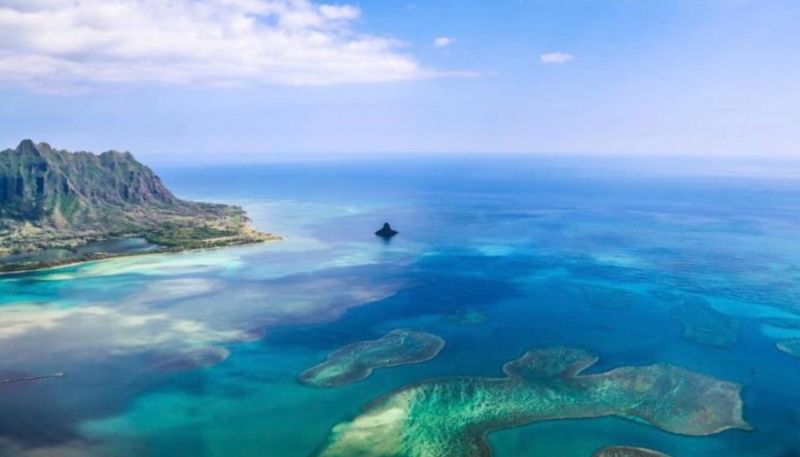 via LEMURIA: THE LOST CONTINENT OF THE PACIFIC Book QUOTES/REVIEW — Lily Wang Blog

When I learned about the possible connection, I was completely mind blown. I never expected the lost city of Atlantis having roots to the biggest desert on earth. What I’m about to say and point out, will be very controversial. So, let’s start with what was the known map according to Herodotus. As you can […]

Astrology, the Mother… and Saturn

Around twenty years ago, I completed an astrology correspondence course. I had long been fascinated with the subject and this school stood out for me because of its distinctive approach, combining astrology with psychology, with a very holistic way of looking at individual birth charts.
Now, of course, astrology to most people is merely the sun sign nonsense we consume every day in papers, magazines, on TV and online. This too was my understanding of it until my grandmother died. I remember some of her magazines came to our house, and in the astrology section at the back of one, the astrologer discussed the position of other planets and in particular, the Moon, which, among others things, was considered to be a major significator of the mother in an individual’s chart. From this point I was hooked, and read all I could despite the derision from those who thought they were more logical than me.
Maybe for this reason, it wasn’t until I was well into my thirties that I decided to study the subject more seriously. Once my decision of school and which Diploma to study was taken, I became aware of their different stance in regard to the mother significator. They believed that Saturn and not the Moon was important in regard to the mother. The Moon was in fact the child, Saturn the mother and the Sun, perhaps logically, was the father.

At first, I was a little perplexed. The Moon, with its associations with the menstrual cycle and its ever changing nature, is perhaps more obviously feminine and thereby ‘motherly’. And then Saturn (Greek Chronos), who according to mythology was the lame god who devoured his own children! Yet, when I fully digested what was said, I saw the ‘logic’ of this stance, because it was all about the mother’s traditional and perceived role in our upbringing and not necessarily to do with gender at all.
Saturn, we must remember, until the late 18th century with the discovery of Uranus, was the farthest known planet and represented, to the ancient and medieval mind, a boundary, a necessary restriction of our universe and therefore our psyche, hence its often very grave and baleful astrological reputation, as the English composer Gustav Holst’s take on the planet elucidates. The ancients’ saying ‘as above, so below’ typifies this belief that outer events mirror our inner worlds.

If we think of the mother’s traditional role, she (or this function she performs) is the fundamental teacher, our first contact with the world, as well as nourisher and provider. She makes us see and feel – experience – a version of reality. So, if we forget the gender of myth, which after all, has a lot to do with astrology in its grand summation of all the world’s mythology, we can equate the understood Saturnian role with the mother.
I realised that this so-called ‘gender bending’ wasn’t exclusive to astrology. The German language, for instance, sees the Sun as feminine (die Sonne), the Mother as masculine (der Mond). And we should also remember that Old English (Anglo-saxon) being a germanic language, also reflected this in regard to the Sun and Moon until the three genders melded into one in Middle English. Incidentally, quite what this might mean for the ‘collective psyche’ of the English and German nations, I’m not sure.
Unfortunately, Sun sign astrology has only cheapened what is a very old (the oldest!) science based art. A planet, let’s say Saturn and its association with the mother, must be understood by sign, house position, quadrant of the chart and its aspects. Nothing can be taken out of context with the interpretation.

One extreme example I thought of, using this methodology, would be Saturn in Cancer, said to be in its ‘fall’ because it would be opposite the sign it rules, Capricorn. Wherever Saturn appears in a chart by sign, house and aspect, we might impute that’s where there is a sense of lacking, restriction or difficulty. In Cancer, one interpretation might be that there is a problem dealing with emotion or maybe the family.
If Saturn was also found high up in the chart, not considered too helpful as it is a grounding, formative principle, then this person might feel very exposed and insecure through his life. If Saturn was also unaspected, that is, it had no relationships by degrees with other planets in the chart, then this would only compound the sense of isolation and vulnerability.
Now this would be where the good psychologically attuned astrologer would come in. If we accept that Saturn stands for the mother, then he/she could tentatively ask question about the his/her relationship to the mother, and thereby, a relationship of understanding and exploration could be formed between the astrologer and client. They could explore avenues, looking at the birth chart as a whole, ways of compensating perhaps, if indeed the experience of the mother was difficult for the individual. It might well be found, that this person did indeed have a very difficult (perhaps wholly absent) experience of the mother and that this led him/her onto high achievements through much hard work as compensation for this feeling of something missing.

This is the key, taking the chart as a whole, and not as a guessing parlour game. To create an individualised birth chart, an astrologer needs the exact (if known) time, date and place of birth, so it is a commitment from the client.
So, in the final analysis, do I believe that Saturn represents the mother more closely than the Moon? Perhaps. Of course, there are many who’d say that it’s all nonsense. To be honest, after completing the course, I have only occasionally delved into astrology. It’s a matter of frustration for me. The media have a lot to answer for, leading the ‘public’ to wrong expectations. ‘Tell me what I’m like, what is going to happen?’ – this was what I found most of the time and I don’t believe astrology can predict the future with any certainty. I firmly believe it does have a role to play in helping people as an aid to their mentality. Even the great Carl Jung thought it might have a role in this regard and others since have thought so, too.

*In my next piece, I shall attempt to self-analyse, astrologically, my artistic tendencies.