Whilst there are long existing schools of astrology, most astrologers tend to be very individual with their own particular nuances and practices.

I have been fascinated by astrology since my mum brought home a women’s magazine from the sad clear out of grandma’s house back in the 1970s. The publication contained one of those very basic sun sign forecasts which we are all familiar with. The slight difference with this one, was the little write up at the top of the piece regarding ruling planets. From that point I was hooked.

I’ve often thought it was Grandma who led me down this winding path, even if it was through her death. I did go on to study astrology in many varied ways, with two schools and digesting countless books and manuals. However, it is true to say that especially in later years, I too have developed my own approach, which does bear certain similarities to other modern astrological trends.

Firstly, I have become more interested in ‘traditional’ astrology, which is largely based on Hellenistic or Ancient Greek astrology. The reason for this is the often confusing plethora of house systems on offer these days, the use of fixed stars, asteroids etc. I crave simplicity. This is not to say that various house systems don’t have relevance, or that fixed stars and asteroids have no place. All I’m saying is they are not necessarily for me.

So today I invariably use the Whole Sign house system, which is in fact pretty much the original house system. This means that if Aries, for instance, is rising, the WHOLE of that sign becomes the first house beginning at 0 degrees. From that point each house proceeds in 30 degree segments. The actual ascending degree, let’s say 15 degrees Aries, remains an important point in the chart within that first house, as will the the other angles in theirs.

Now I did say that I did not utilise asteroids or minor planets. That said, I have come to realise Chiron’s usefulness as the ‘wounded healer’, so I usually use him. 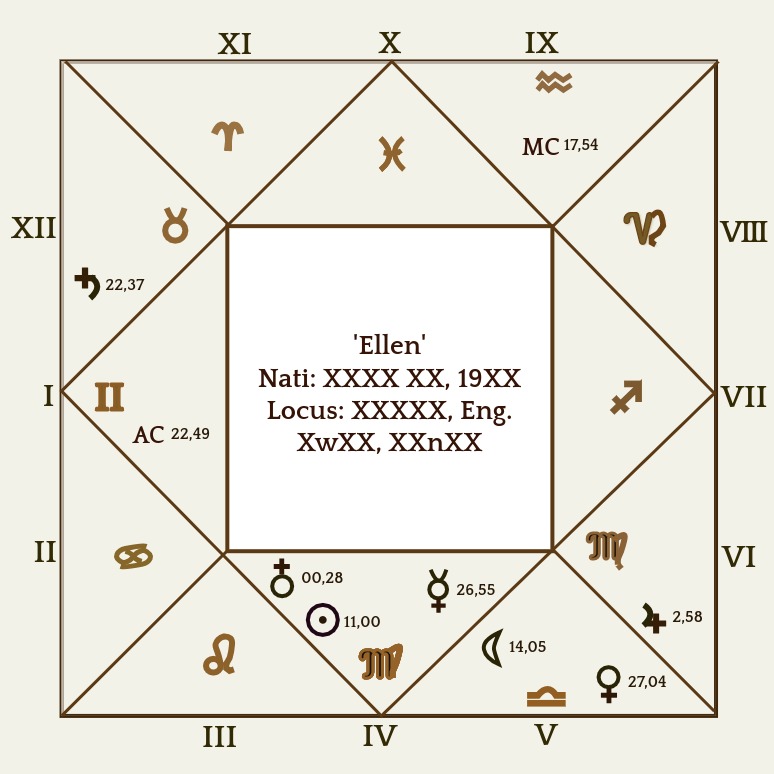 Similarly, the Moon’s nodes certainly are a strong karmic pointer. And I still use Pluto, even though he has been degraded astronomically to the status of minor planet. That said, with the three outer planets, Uranus, Neptune and Pluto, I do not regard them as serious rulers of the signs Aquarius, Pisces and Scorpio. I still tend to favour the traditional rulers, purely because of the beauty of the original system of rulership, from the intimacy of the Moon ruling Cancer, to the far out, impersonal Saturn ruling Capricorn and Aquarius on the outer limits.

And as far as the orbs of aspects, I tend to restrict them to a few degrees. For the sun and Moon, no more than five and for the planets no more than three. After all, the tighter the aspect the more powerful and obvious it will be.

I generally use this approach for both individual interpretations and for events, such as general elections and their like. Once again, if other astrologers wish to explore the use of minor planets, fixed stars etc to much greater levels, then so be it.

I also like to produce (although not always) the square ‘medieval’ or Renaissance looking charts. I don’t know why but there is something artistically comforting in displaying the information this way, even though it may not be technically or visually as accurate as a round one.

You see, my own particular Aquarian mind yearns for more simplicity the older it gets, a life that’s stripped down and straight forward. That to me seems like a good pointer to the future.