Mozart’s genius consisted in absorbing, building upon, and transcending the musical influences of his day. The emotional complexity of his music raises it above the gracious, charming, but often superficial and forgettable aesthetics of the rococo era in which he was raised. 1,603 more words

Mozart the Romanticist — The Imaginative Conservative

A review of a compilation of the music of Johann Sebastian Bach.

On this day, November 22, 1913 English composer, conductor, and pianist. Edward Benjamin Britten was born He was a central figure of 20th-century British music, with a range of works including opera, other vocal music, orchestral and chamber pieces. His best-known works include the opera Peter Grimes (1945), the War Requiem (1962) and the orchestral […]

It could be argued that pianist and conductor Sergei Prokofiev was the most popular composer of the 2oth Century. Writing such entrancing classics as ‘Peter and the Wolf’, ‘Lieutenant Kije’ and the ‘Romeo and Juliet’ ballet, there’s little wonder he is so loved now, even if he wasn’t appreciated all the time in his native USSR.

Based on his known birth data, can we begin to deduce what made this musical genius tick?

Born in Ukraine in 1891, Sergei’s musical ability was discovered early. In 1900 aged only nine years he wrote his first piano score for opera.

In 1904 he went to the prestigious St Petersburg Conservatory where he was to shine. He established an early reputation for thinking outside of the box. He was an innovator of music, a revolutionary not afraid of change.

He was brilliant at many forms of classical music too, writing seven operas, seven symphonies, eight ballets, five piano concertos, two violin concertos, a cello concerto, a symphony for cello and orchestra and nine piano sonatas. Yet of all these disciplines, opera appears to have been his favourite.

Prokofiev was a sun Taurean in basic terms, the major luminary being placed in the eighth astrological house of shared security. The Bull is ruled by musical, creative Venus and has produced many a great composer.

Yet Taurus is traditional, not a radical at all. Mercury’s presence in Taurus in the same house indicates that his basic mentality worked along similarly practical, functional lines, with an interest in investing his time profitably.

Prokofiev’s choice of subject was certainly traditional, yet if his instinct for melody and beauty may partly derive from his Taurean essence, what drove him to such heights of innovation?

Magician in the Mix

When he was born the cardinal air sign of Libra was rising, which is also ruled by Venus. Libra is diplomatic, generally courteous, often with an artistic flair, so we may assume that Sergei was rather pleasant to meet and easy going.

His Moon is also in this sign, indicating a strong need to be liked socially and keen to meet people. However, Uranus the ‘Magician’ is close to the Moon in his first house, and this may give us the first clue to his revolutionary personality and approach. So whilst being an attractive person, he was also somewhat unusual, eccentric, disruptive in some way.

Let’s look at the important planet of Venus, ruler of the chart and of his sun sign. We find Venus in Pisces, sign of its exaltation, where the uniting principle works at its most selfless.

Venus is in the sixth house of work and efficiency, so this is where this beautifully placed Venusian energy expressed itself, in his day to day activities, bringing beauty in the form of sound to everyone who may care to listen. I am particularly reminded here of Prokofiev’s lovely ‘Peter and the Wolf’ and how effective his choice of melody and intrument are in telling the old tale.

We find another intriguing layer to this complex man in his ninth house of the higher mind and travel. Here are housed Mars, Neptune, the Moon’s north node and Pluto, all within five degrees of early Gemini.

This conjunction is an interesting vibration. Neptune, as I have discovered previously, is very often prominent in some way in the charts of creative people, particularly musicians and composers. Music does, after all, have ways of touching the soul that other creative forms cannot.

This coupled with Mars in Gemini lends much mental and dexterous energy and expression to Neptune’s other worldly inspiration. Add Pluto to the mix and we have a higher mind of much depth as well as creative diversity.

So here too is a man whose philosophy of life is crucial to him, yet difficult, for the north node’s position here indicates that contemplating wider issues did not necessarily come that easy to him but was one he had to embrace. We know he left Russia during the 1918 revolution, living elsewhere, including the USA and France, until he finally returned in 1933.

I think the close opposition of Jupiter to Saturn on his sixth/twelfth house axis also reveals the deeper ethical problems he must have encountered on leaving his native land in 1918, probably feeling that circumstances were hardly going to be conducive to his livelihood.

This strongly hints of periods of intense loneliness and isolation, especially when being ‘out of favour’.

Indeed, several of his works were banned by the Soviets after his return, they being deemed not suitable for the new communistic philosophy and culture. Nevertheless, a few years after his death in 1953, his general reputation at home in the USSR was restored. 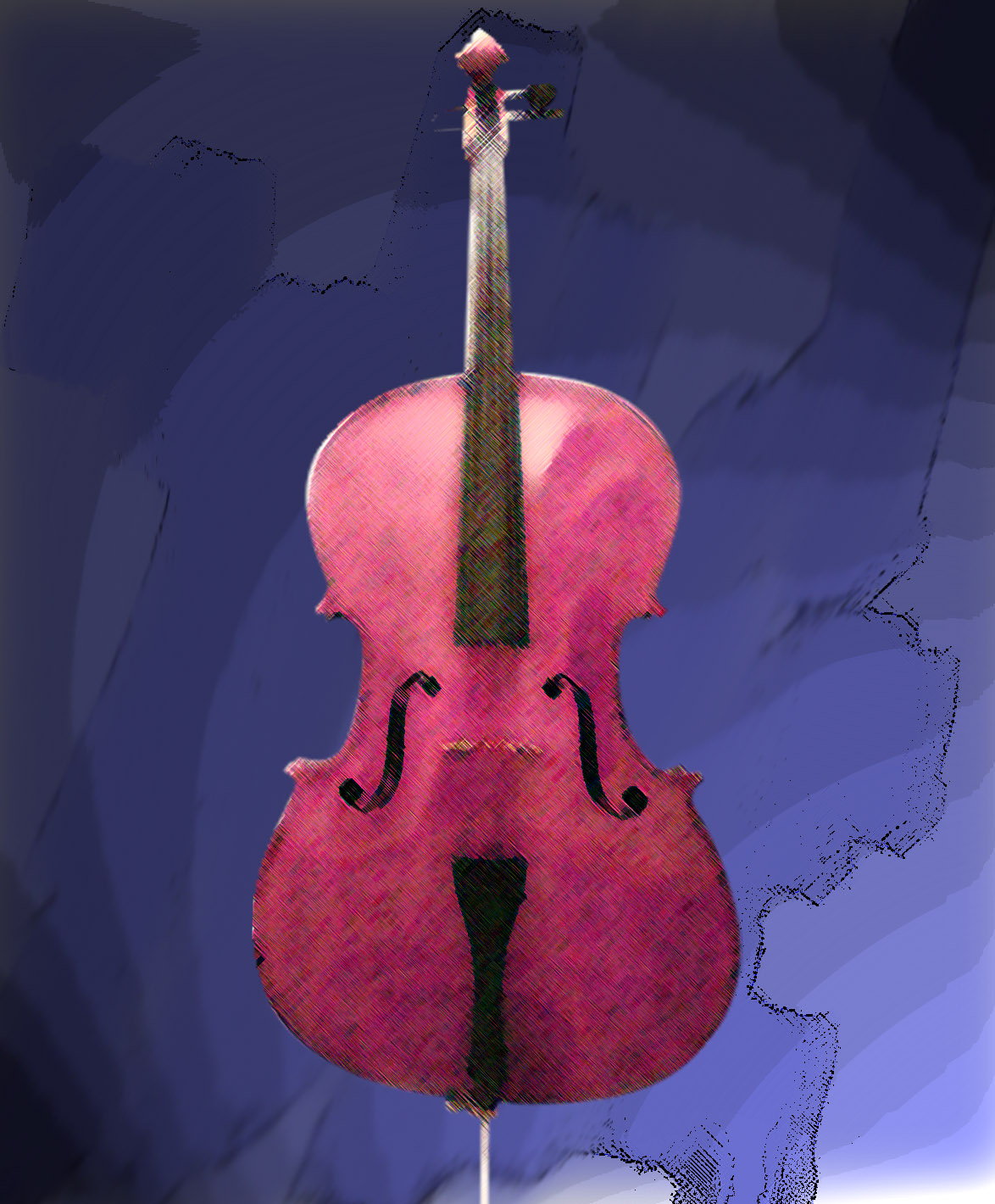 Girl with a Cello

In a diamond city night we’re
taxied through floodlit streets