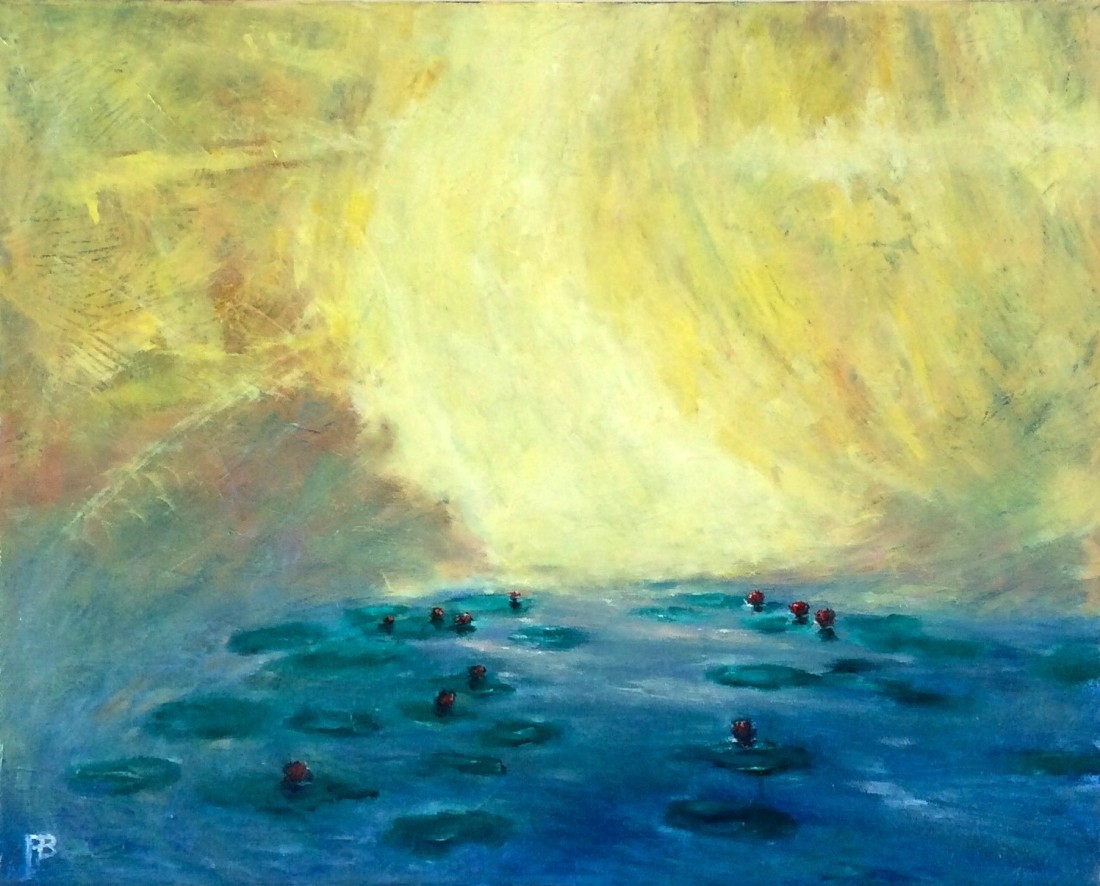 Link to ‘Lilies and Light’ in my portfolio

Another Monet inspired work, oils on stretched canvas. I love the way many of the impressionists played with light and shade and the various techniques they employed to achieve it.

Here is one of my completed paintings, inspired by French artist Monet, probably my favourite impressionist.

As they say about art and creation in general, it is about 5% inspiration and 95% perspiration… certainly the case with this example.

This original oil painting is on stretched canvas, see above link for details.

Other paintings will appear in my portfolio in due course.

Karlheinz Stockhausen, one of the most important composers of the 20th century, was also one its most controversial. The outer planets, Uranus, Neptune and Pluto are generational in influence, but if one or more of them touch sensitive parts of our birth chart, they can put us in touch with powerful trans-personal energy.

According to his known birth data, he was born with Leo rising, with a Leo Sun exactly conjunct Neptune.

A fount of inspiration

Here is a powerful, creative individual, with a personal connection to the numinous through Neptune, with all the inspirational, spiritual qualities associated with that planet. He was certainly a major visionary in musical terms and has had a huge influence on jazz and popular music as well as classical.

As we have seen previously, Neptune is invariably prominent in some way in the birth charts of creative artists, but he was clearly no idle dreamer.

With Mercury and Venus in Virgo in house 2, the latter trine Jupiter in Taurus in house 10, he was very keen to apply his undoubted inspiration practically, effectively, in detail, and to disseminate it, not only in way to earn a living, but in building a successful career out of it. Indeed, he was also a fine writer and communicator too, teaching his ideas successfully. Without this grounding effect, his genius may well have been lost to the world.

What is more, revolutionary Uranus was very close to the MC (midheaven) in Aries in house 9.

The shock of the new

This midheaven point is traditionally associated with the career or life direction and with Uranus in Aries activating this very personal angle of his chart, we can see the unusual, avant-garde, revolutionary and pioneering qualities he brought to bear in his career. Revolutionary literally means turning upside down: he essentially did this, being a pioneer in the sphere of electronic music.

More than once, his music has been described as ‘disruptive’ (Uranus) and unfathomable (Neptune). He also has Mars in good aspect to Uranus, bringing much supportive, instigating energy and (in Gemini) variability to his repertoire.