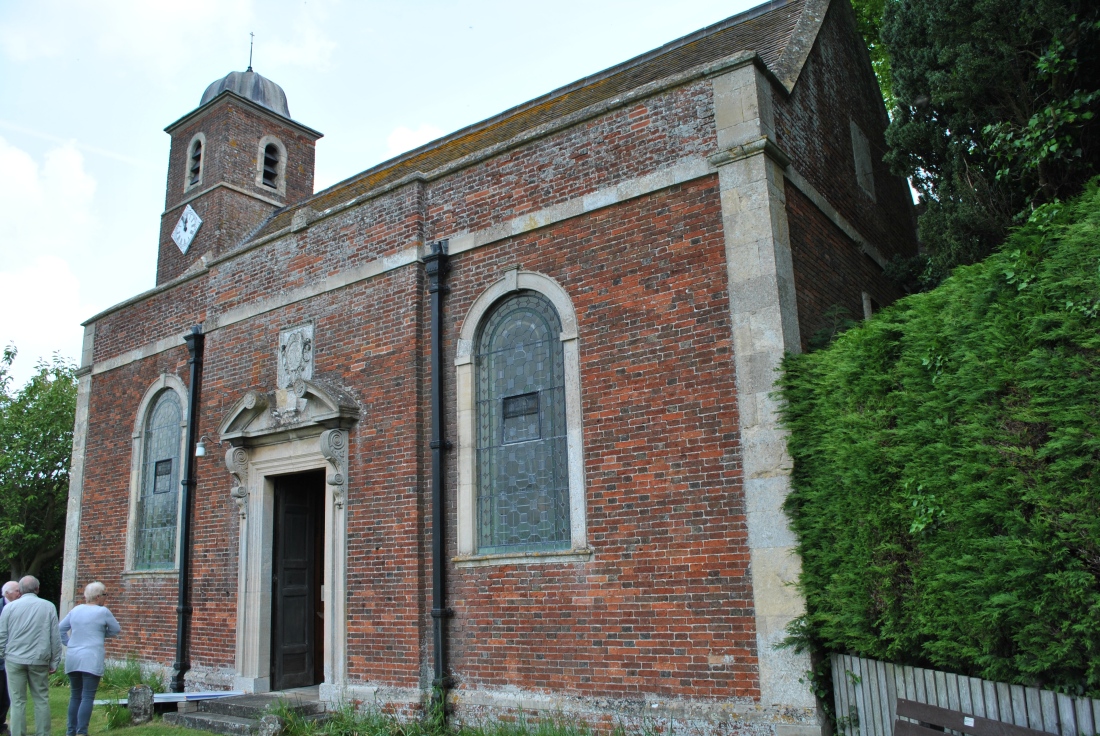 The church has been open since 1711 and is still a regular place of worship, though the burial ground these days is at nearby Apley.

This area of Lincolnshire is notable for its rich ecclesiastical history, particularly in regard to monasteries, the abbeys and priories that were finally dissolved by Henry VIII between 1536 and 1540.

There was a priory here dedicated to Saint Mary until that time, though not much detail of its history survives. The priory remains have not been excavated, though part of it is said to form part of the wall of the present church.

At the time of its dissolution, the priory was given over to the Tyrwhitt family, in whose hands it remained until about seventy years ago.

A most remarkable inheritance from that long period are The Tyrwhitt Tapestries, actually cross stitch embroidery work. Today they hang along the north wall of the church.

The tapestries were originally made for the opening of the church in 1711 and consist of five religious pieces, including the Ten Commandments and the Lord’s Prayer.

The Ten Commandments piece was re-stitched some time in the late 19th century, and much rather difficult preservation work has been carried out on them since.